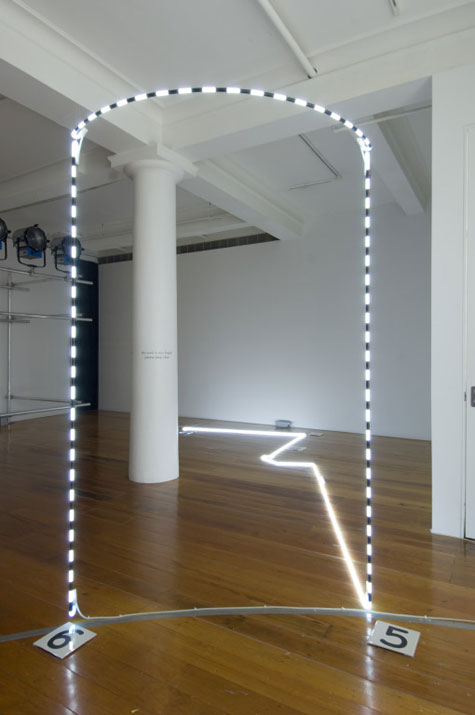 This piece is part of an exhibition entitled Recalling the Future: post revolutionary Iranian art.

Andy Doig was pleased to be involved in the exhibition particulary supporting Shahab Fotouhi’s latest work at the SOAS University of London Brunei Gallery.

Here the Iranian artist presents a linear sculpture made of black and white neon that shows the helicopter route taken by Shiite Muslim leader Ayatollah Khomeini on his triumphant return from exile after the 1979 revolution that toppled the Shah.

The six stops that make up his itinerary result in a high curved doorway that becomes an ambiguous symbol for the country’s future, while the accompanying looped video shows Khomeini’s supporters attempting to clear a space in the dense crowd for the helicopter to land by whipping the edges of the packed multitude with leather belts. In Fotouchi’s hands, such imagery is a hint of the brutal ruthlessness to come.